You know that song by the Killers where the chorus is all, “Are we human/or are we dancer….”? Well, whatever “dancer” is, I’m pretty sure I’m not it. I’ve never been huge on dancing. I consider myself pretty laid back and loose and whatnot, but I only dance under very specific circumstances.

One of those circumstances was almost seeing Ratatat play at Showbox SODO the other night. Almost – they were that good. DOM and Bobby Birdman kicked off the show. They were great and all, but I’m probably not the best person to give a sound opinion on their style of music. I could handle hanging out and listening, so it was pretty good.

What I really want to talk about is Ratatat’s performance. I saw Ratatat play at Holocene, a fairly small club in Portland a couple years ago.  It was a good performance, nothing mind-blowing. So when I got to the Showbox, I thought I might end up leaving early, not expecting anything too spectacular. As soon as I saw the two ten-foot tall plexi-glass panels standing upright on either side of the stage, I knew something awesome was about to go down.

Everyone went nuts as soon as the duo entered the stage. Dim blue light covered them as they played a mellow intro. And just as everyone was settling in on that – BAM!  Bright white light and tons of fog filled the stage as the classic Ratatat sound filled the venue, louder than ever.  The brilliant light show continued throughout the night.  They nailed their set and had most of the crowd dancing or at least moving in some manner. The show was an amazing combination of visual effects, video projection, and trance-inducing, danceable tunes. The two tall plexi-glass panels were used as projection screens, lit from behind to give a sort of 3-D hologram effect of whatever was being projected on to them (birds, spinning statues, etc. – you know, the usual). At the rear of the stage, there was a giant projection screen for video, which showed anything from giant parakeets to jungle scenes, to the most outlandish combination of awkwardly dressed people exhibiting varying extreme emotions. It was pretty wild to say the least. And I even felt like dancing. Almost. 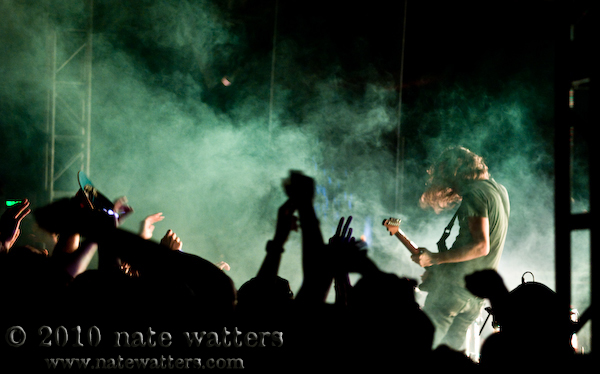 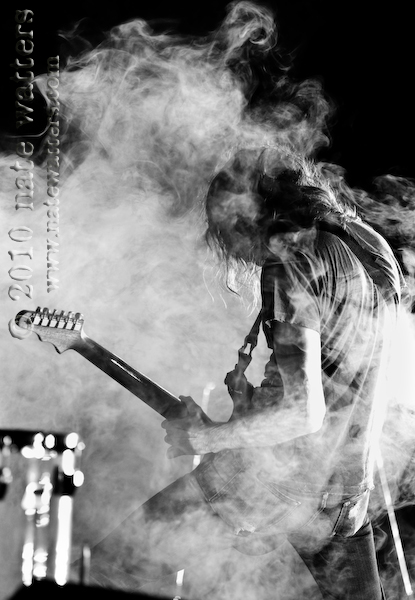 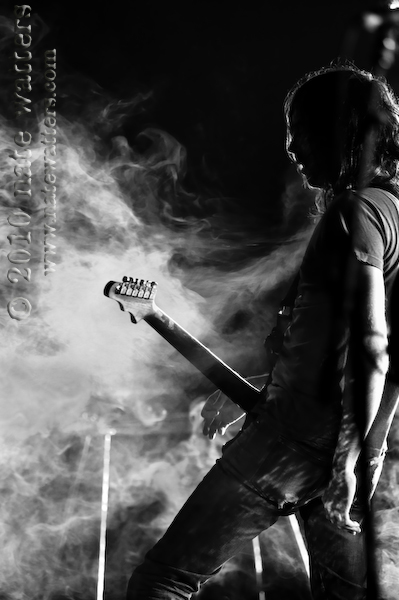 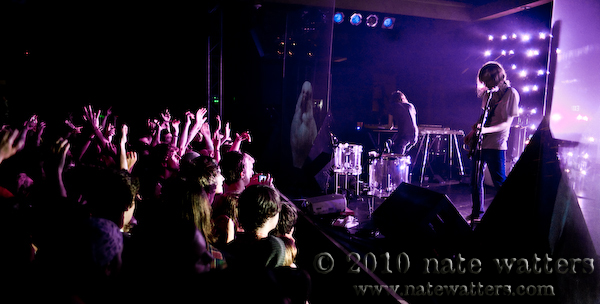 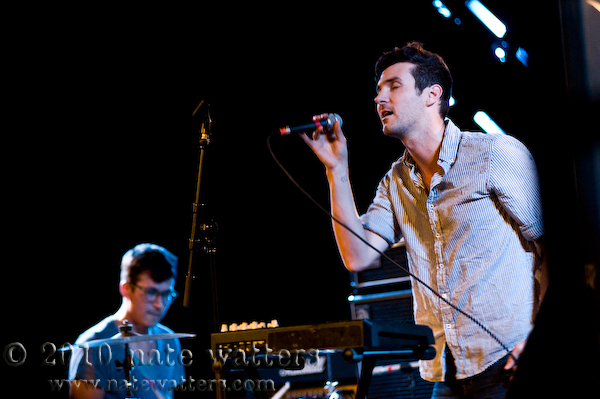 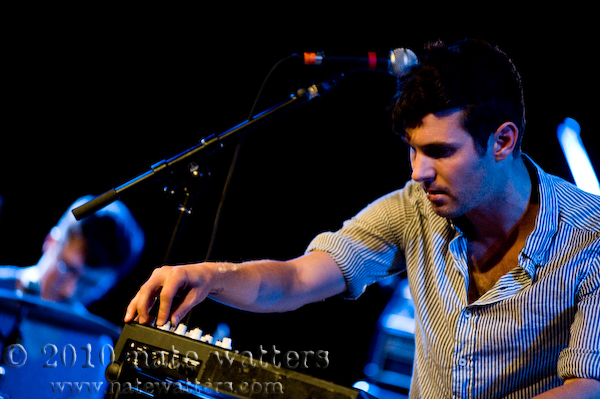 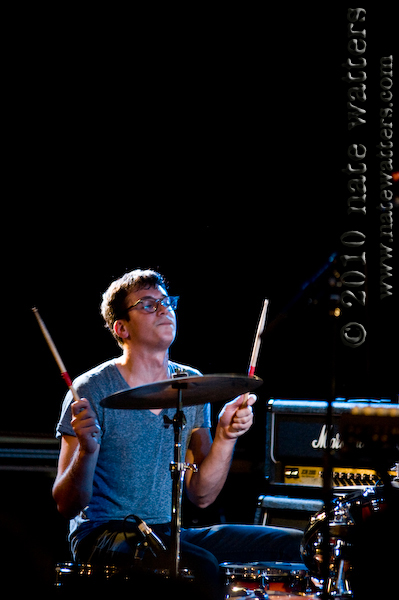 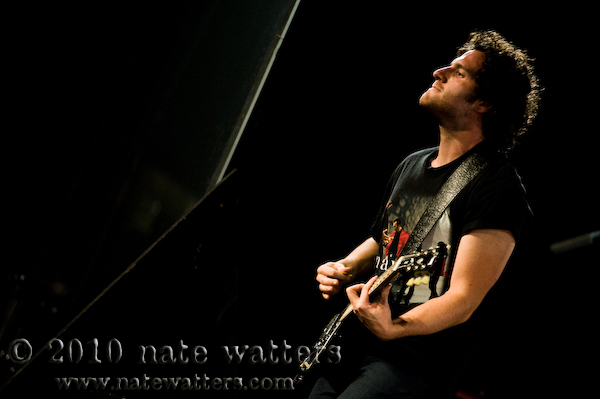 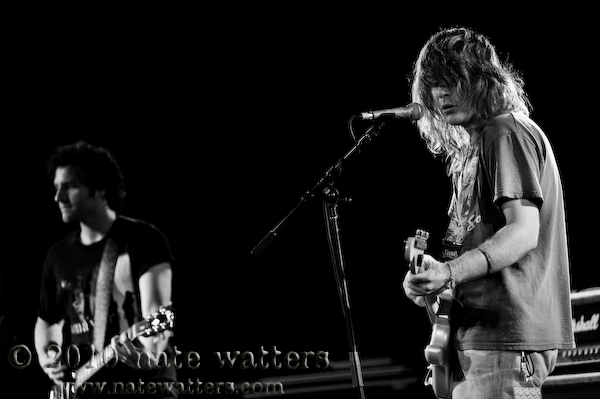 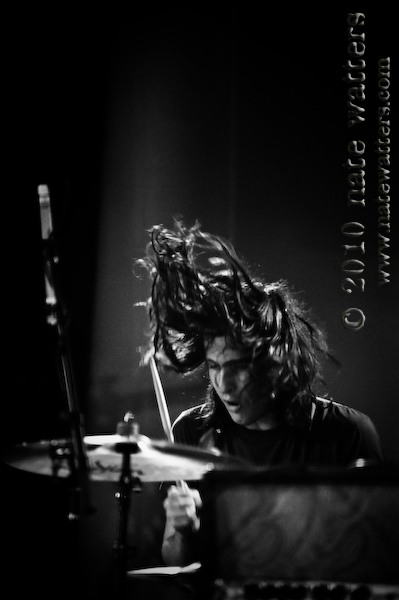