We Are Scientists‘ video for “Nice Guys” has all the wrong lyrics in it – I enjoy that. I also enjoy watching singer/guitarist Keith Murray navigate the streets of New York on a scooter. It’s entertaining, and the squirrels are adorable. Trivia: the boy in the video is Chris Cain’s son, and reportedly the masked monster at the end is Murray’s girlfriend, Christi-Lynn of Bad Girlfriend. 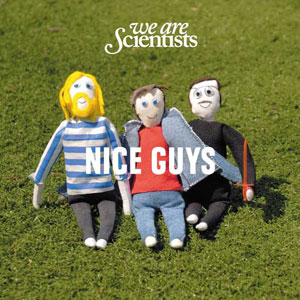 The video for Sébastian Tellier‘s song “Look” is a concept I have definitely not seen before in a video. For some reason the ending of the video is poignant and it’s hard to explain why – maybe it’s just the slow destruction. I don’t know. The video is by Mryzk & Moriceau, who also did Air’s “Sing Sang Sung”.

And the last video is not really a video but it’s a superb collaboration between Kaskade and Dragonette. Listen to “Fire in Your New Shoes”.