When Adam Lambert became majorly famous after appearing on American Idol, it may have seemed that it was one of those overnight success stories. In fact, Lambert had acted in musical theater since he was ten years old. His strong work ethic paid off and his versatile talent is displayed on his 2009 debut, For Your Entertainment, a CD that is a constant presence in my quality music time. 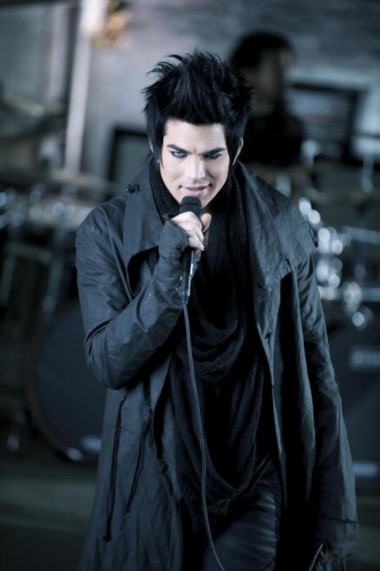 Lambert in the video “Whataya Want from Me” – photo courtesy of adamofficial.com

I talked with Lambert recently in a press conference, where he revealed himself to be an artist involved in every step of his craft and image. He co-wrote several of the songs on For Your Entertainment and he selected talented artists, writers and producers to work with on all levels. This included a clothing design company called Skin Graft to achieve his unique and outrageous looks. One of my favorite songs off For Your Entertainment is “Soaked”. When I first heard it I was struck by how much it reminded me of Muse, and what a surprise it was to read the CD’s liner notes crediting Muse’s Matthew Bellamy as the writer. I wondered how this fortunate combination of Lambert and Bellamy came about? “My A&R guy, he knew their A&R guy and they had this song that was part of their catalog. I mean technically it’s a song written by Muse but it’s an Adam Lambert song because they never released it. So he wrote the song, Matt Bellamy, and gave it to me. And it’s a beautiful melody and I think it really is a great addition to the album because it’s definitely throwback and nods to some of the classic rock and vintage pop ballads. And I think that it’s a great sound to contrast all the rhythmic elements on For Your Entertainment. It was really exciting. I think that for me one of the things that makes getting signed to a major label really exciting is that you have the access to working with some of the best producers in the business.”

When asked about the Glam Nation Tour, he said he always “loved the big pop tours, people like Michael Jackson and Madonna and even my first tour that I ever saw was Paula Abdul,” and that his “background in musical theater really came into play a lot with this production.” As far as the inspiration for the clothing styles you’ll see on the tour, Lambert elaborated that, “there is a lot of psychedelic kind of classic rock visual references. People like Jimi Hendrix and Jim Morrison and Keith Richards – these are all people that have kind of inspired the look and the feel of the show
. . . and then [it’s] blended with this whole thing called steampunk . . . it’s like Victorian era fashion mixed with modern elements like punk rock mixed with retro kind of historical clothing.” When he brought up Keith Richards, someone whom I think needs to get his dues for being a style icon, I had to ask him what it was he liked about Richards’ style. Lambert said, “It’s that whole kind of like psychedelic rock, gypsy, pirate thing. I don’t know how else to describe it. It kind of has this witchy, world traveler type angle. He wears lots of scarves and cool jewelry and lots of black and it’s like a type of Goth but it’s Goth before Goth became a cliché.”