Adam Lambert’s debut CD, For Your Entertainment is definitely one of my favorites of 2010. Shocking in its completeness and variety, I have listened to it repeatedly and it’s holding up wonderfully. You can argue that all the songs are pop and I will grant you that, but it’s different pop from each other, from the Matthew Bellamy written and striking Soaked to the ballad Whataya You Want From Me?, there’s something on here that I think anyone with a pop sensibility will enjoy. Lambert’s voice lends itself with precision to each song – this is difficult to do. Think about most singers and their voices for a minute. Now imagine them trying to sing nearly different genres. It’s almost always a disaster. Lambert’s voice is a versatile actor, and the moods of the songs flow with no misfires whatsoever. Beginning with the glam wonder Music Again and the sexy title track, it doesn’t let up, continuing with the sublime Whataya You Want From Me: (That Baby you’re beautiful/There’s nothing wrong with you/It’s me/I’m a freak/But thanks for loving me/’Cause you’re doing it perfectly) and Strut’s thumping urgency, For Your Entertainment is dazzling. Other favorites are the dance stompers If I Had You and Pick U Up – plus Fever. Fever is super: I wanna get you alone/ Give you a fever, fever. 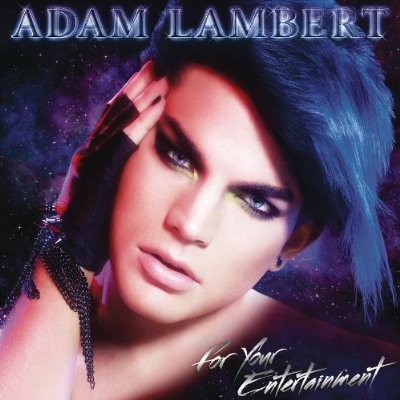 For Your Entertainment (RCA Records)