I saw Electric Six for the first time about seven years ago when they played the Crocodile in Seattle. I chose the show as the gathering point for my birthday party that year and it was a fabulous choice, if I do say so myself. They had just released their first CD in 2003 under the name Electric Six (they were formerly the Wildbunch). I have seen them several times since and have never been disappointed by their shows. Recently I asked a few questions of Electric Six’s singer/songwriter Dick Valentine. I have always been curious about this guy who does push-ups on stage and sings like a demonic bird. His voice is fairly what rock is about to me (though he says he started singing due to “boredom.”) His songs are direct, immediate and smart. He always looks quite sharp, but described his fashion style as “wrinkled, desperate.” 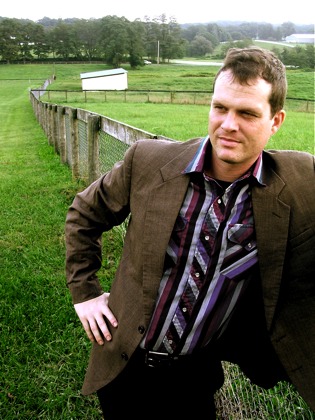 Their debut CD, Fire has remained a staple of mine, but if you stopped listening to Electric Six after Fire you need to catch up. Their follow-up, 2005’s Señor Smoke confirmed the band’s awesomeness, with tracks such as Jimmy Carter, Bite Me, Boy or Girl?, and Vibrator. Then came Switzerland in 2006, an equally sweltering CD featuring I Wish This Song Was Louder and Germans in Mexico. Germans in Mexico is one of my favorite Electric Six songs; Valentine says about it, “In the nineties, I had a housemate who brought home a German guy who was in Detroit on business. He lived and worked in Mexico. It was then that the song took shape.” In between their latest CD, KILL, came I Shall Exterminate Everything Around Me That Restricts Me From Being the Master (2007), Flashy and Sexy Trash (2008). If you don’t like I Don’t Like You, Riding on the White Train, Flashy Man and Face Cuts you’re really sad. The fact that Electric Six was able to create Sexy Trash, a compilation of B-sides and rarities containing 30 ruinously good songs attests to Dick Valentine’s ability. Now there’s KILL, another ripper, which was described on their MySpace as being “cooked in an avant-garde reduction sauce.” They’re already working on the next CD. I asked Valentine what sauce it will be, and he said, “The new album is bouncy and peppy. A mango salsa.”

I had a feeling that Valentine was an English major. He studied at the University of Michigan and mentions “that’s where I read the Second Coming by Yeats. Also anything biblical that I reference comes from my studies there.” Valentine says his five favorite books are Genesis, Samuel 2, Corinthians 1, John, and Revelation. In other interviews I have read about him commenting on political sites, but he’s also mentioned he’s stopped. What would bring him back? “I will when Mitt Romney announces another campaign. I’m fascinated by him.” He writes fiction as well as lyrics, and has been a guest several times on Red Eye with Greg Gutfeld. I wondered how he decided to be on the show? “I got an email one day from our publicist saying that the host of the show was a fan of the band and wanted to have me on. I accepted the offer.” He’s one of the guests I am sure to record.

Valentine is working on the follow-up to his project with William Bates of Fall on Your Sword, Evil Cowards. Their first CD, Covered in Gas came out last year. He’s also a user of Catster, where he has profiles for his “two grey domestic shorthairs. They are good listeners.” Two other things: of Electric Six’s videos he had the most fun making Formula 409, and when I asked him what his favorite holiday is among St. Patrick’s Day, Halloween and New Year’s Eve, he answered, “New Year’s Eve. You can just sit there.”

Electric Six plays Chop Suey this Thursday, March 25th, where Valentine will not be able just to sit there, for sure.